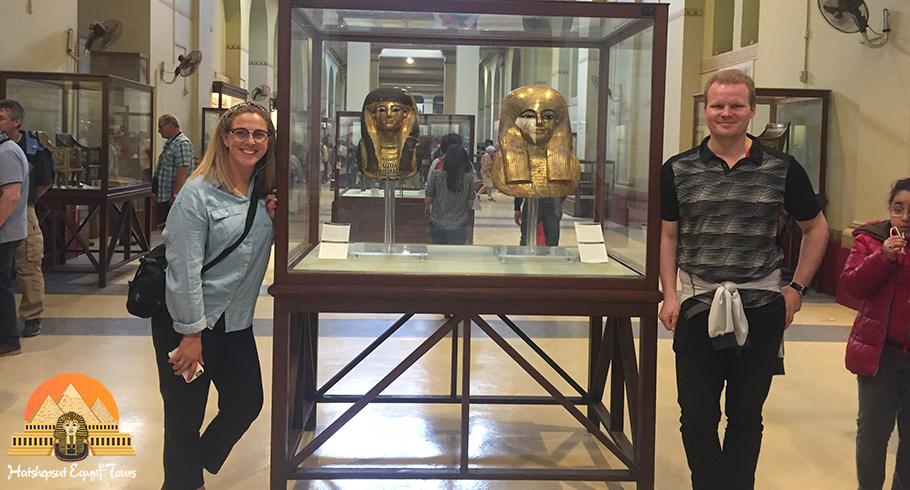 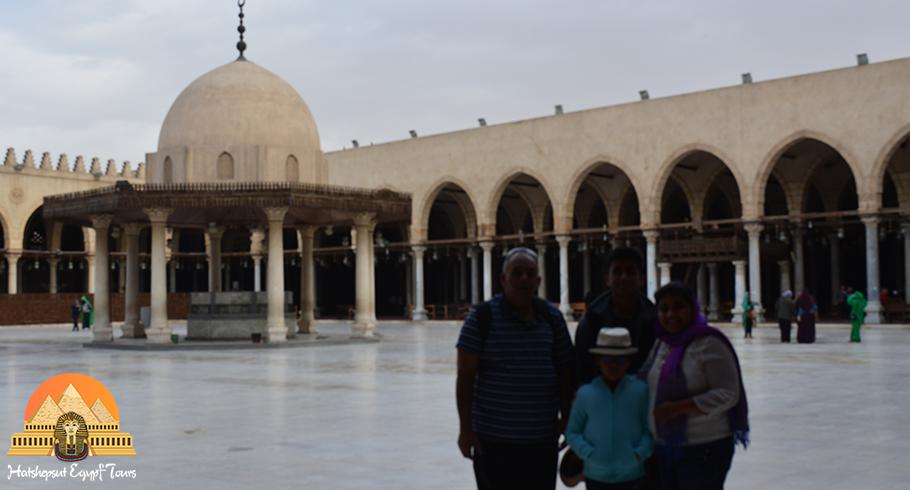 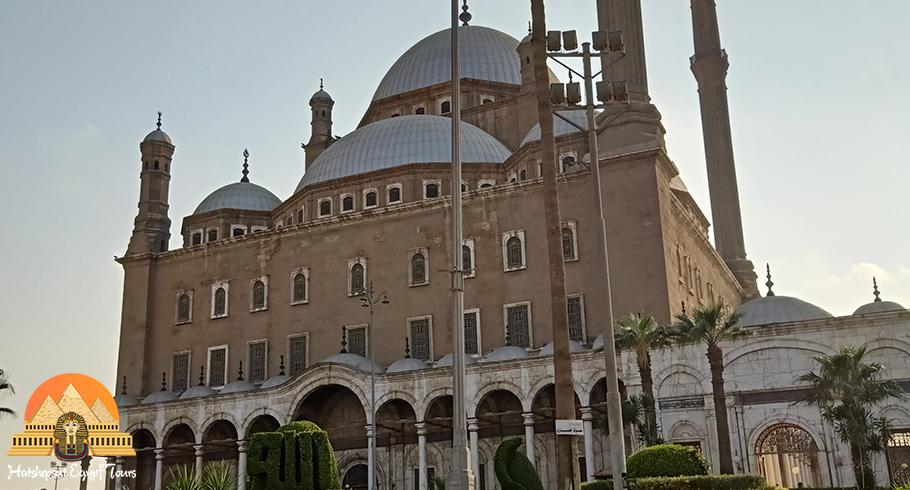 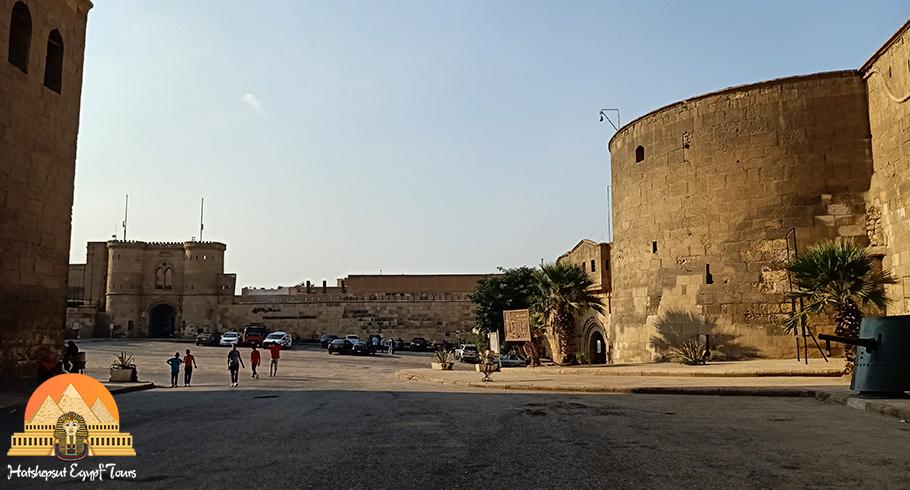 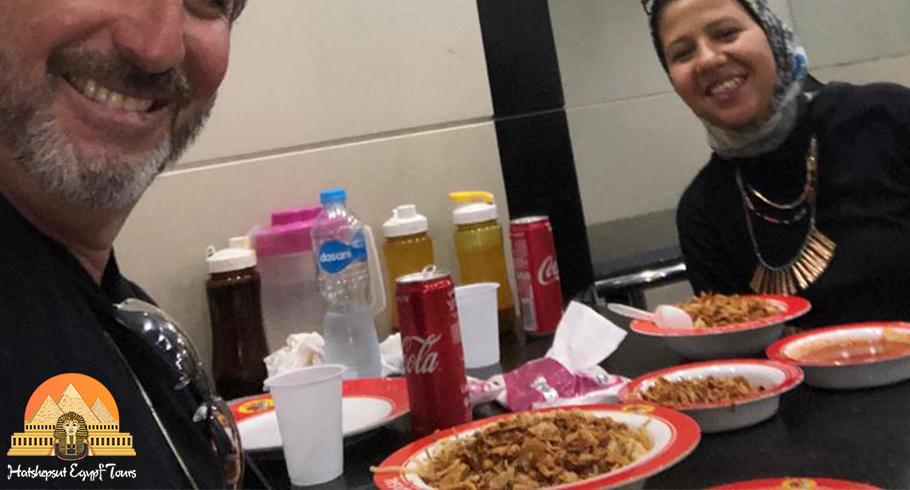 Tour to the Egyptian museum, Food tour, Old Cairo and the citadel of Saladin

In this tour, you are going to understand the ancient and modern culture, traditions, religion, art and style of Egyptians.

The Egyptian Museum in Cairo:

It contains the masterpieces for the ancient Egyptian kings and queens.

Also, it contains the mummy rooms that provide the royal mummies for the most famous kings and queens.

All tourists are travelling to many countries to visit historical sites. But also they want to know more about the countries’ cultures, traditions and to try their traditional food.

So, we decided to give you the chance to know more about Egyptians by this tour.

It’s better known with the multi-religion complex and Al-Fustat.

They gave it the name of the multi-religion complex because it has the first mosque in Egypt which was built by the Muslim leader Amr Ibn Al Aas, The Jewish temple and the oldest churches.

The Muslim army leader Amr Ibn Al-Aas has built Al Fustat from about 1365 years ago; they took one year to make it; it was overlooking the Nile.

It built to be a defensive fortress as Saladin wants to fortify Cairo from the danger of crusaders and Shi’a.

The Fatimid army leader Gawhar Al-Saqlabi built Cairo for the Muslims who were of the Shia sect.

Also, Cairo has a lot of places to visit and  activities to do, for the reason that if you are in Cairo, don’t miss to do it like:

Tour to the Egyptian museum, Food tour, Old Cairo and the citadel of Saladin

In this tour, you are going to understand the ancient and modern culture, traditions, religion, art and style of Egyptians.

Then we will go to in the down town to see the local cafes and restaurants, also will see the old building and Tahrir Square, your guide will give you an idea about the Egyptian culture, traditions, costume and religion.
Then you will move with the car to Old Cairo.
Old Cairo it’s one of the most important places to visit as it was the first Islamic Capital of Egypt
The guide will start with you the tour in old Cairo in Amr Ibn Al-Aas mosque the first mosque in whole Egypt. Then you will move to the hanging church, Saint Barbara church, Saint George church and Segues church. Then we will visit the Synagogue or the Jewish temple.
In this area you will walk like Egyptians between their houses that inside the historical site.
Then you will move to the citadel it’s the biggest citadel in Egypt it was built during the reign of Saladin; it was built on Muqattam hills to be the main seat of government.

After that visit Mohamed Ali Alabaster Mosque which was designed by the architect Yousif Boushnaq, a Turkish man who came especially from Istanbul and built this great mosque for Mohamed Ali, the ruler of Egypt (1805-1849) who ruled Over 45 years.
Finally your guide will take you to your accommodation.

Giza
In Giza pyramids tour with camel ride and including lunch tour, you are going to understand the ancient and modern culture, traditions, most of the history...
View Details
Available through out the year:

Cairo
Egyptian Museum, a Food tour and The citadel In this tour, you are going to understand the ancient and modern culture, religion, traditions, food and...
View Details
Available through out the year:

Cairo
Old Cairo and Food tour In this tour, you are going to understand the ancient and modern culture, traditions, religion, art and style of Egyptians....
View Details
Available through out the year:
Hi, how can I help?