Home>Activities>Day tour to Pyramids of Giza 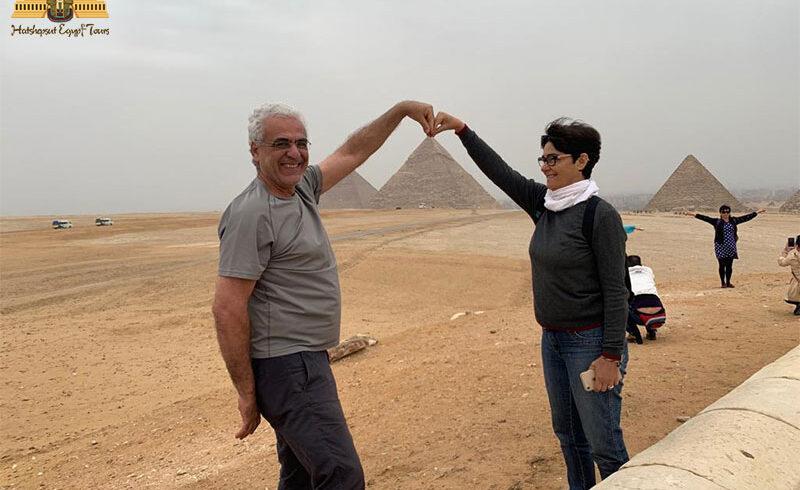 You can go inside the great pyramid itself and also you can visit several small tombs.

Pyramids of Giza Day Tour and have the best moments in Egypt.

The guide will start with you the tour in Giza pyramids one of the seven wonders of ancient world, from the Great pyramid which is the first pyramid in this area to be built and the greatest one the guide will explain for you everything related to the ancient history,

Then you will go to see the other pyramids and will move to the top of the area to see the best view for all pyramids together and this is the best spot to get pictures.
Then will go down to visit the great sphinx and the valley temple to explain for you the mummification process that was made in this temple.